I am interested in Emerson’s essay on Montaigne in two primary ways:  (1) I am interested in how Emerson understands Montaigne’s skepticism and (2) I am interested in what Emerson learns from Montaigne about how to write, in particular how to write essays.  Emerson says quite a lot, unsurprisingly, about the first; but he says only a little about the second, and that indirectly, by commenting on Montaigne’s style.  But I am convinced that there is quite a bit more to be said about the second question than Emerson himself says, perhaps more than Emerson himself could have said.  I also suspect that the answer to the first question itself sheds light on the answer to the second, since I suspect that the style Emerson learns from Montaigne can itself be described as a skeptical style. 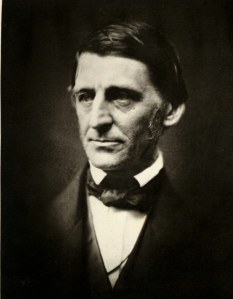 I find Emerson’s style to be itself a puzzle.  That is one reason I hope for help from the Montaigne essay.  What is Emerson doing with words?  Cavell, of course, has quite a bit to say about that, and I may bring him into the discussion at needful moments.  Ultimately I hope to be able to say something about Emerson distinctive use of words, and about Montaigne’s too.