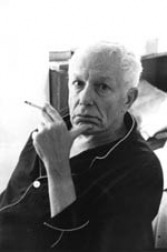 Philosophy, as he [Wittgenstein] means to be practicing it “simply puts everything before us, [it] neither explains nor deduces anything” and it “may not advance any kind of theory” (Philosophical Investigations I 126, 109). Its aim is, rather, “complete clarity,” which “simply means that the philosophical problems should completely disappear” (ibid., 133). I’d like nothing better. Moreover, I believe it: the problems (at any rate, those I care most about) should indeed, as he says, completely disappear. That’s how they look to me. I love metaphysical and epistemological theories, but I don’t believe in them, not even in the ones I like. And I don’t believe in the apparently straightforward problems to which they are addressed. However, not one of these problems has actually done me the kindness of vanishing, though some have receded. (I don’t have sense-data nearly as often as I used to.) And if there is anything I dislike more in philosophy than rotten theories, it’s pretenses of seeing through the “pseudoproblems” that evoked them when in fact one doesn’t know what’s wrong and just has a little rotten metatheory as to that.