I will begin with a quotation–as I so often do.  But–“we are all quotation”–so, why hide it?

This is from Firkins’ strange and compelling book on Emerson.  He is addressing the issue of clarity in Emerson.

Dr. Garnett writes of the individual sentence in Emerson:  “His thought is transparent and almost chillingly clear.”  For most men, the clarity is hardly of the sort that regulates the temperature.  It is true, nevertheless, that for Emerson, as for Browning and Meredith, around the fact of obscurity and illusion of greater obscurity has grown up.  The trouble with Emerson is more often strangeness than dimness; the indistinctness of the moral Monadnock or Agiochook which he points out to us is due rather to the distance of the peak than to the haze of the atmosphere.

I will let this quotation stand alone for a moment.  I will have something to say about it, and about other moments in Firkins, in the next post.

Does philosophy have results?  –As I practice it (ahem!), I guess not.  Or at least it has no results that are not internal to philosophical investigation itself.  I am Wittgensteinian enough, or Kierkegaardian enough, or Marcelian enough to believe that what philosophy aims for is clarity.  But one is always becoming clear; one is never finally clear.

Clarity.  Clarity is internal to philosophical investigation:  it is not a separable result, isolable from the activity that realizes it and such that it confers value onto the activity because of a value it has independent of that activity.  If a result is separable, isolable and independent, then it has a career cut off in an important way from the process that realized it.  Indeed, in one sense its history only begins after the process that realizes it is finished.  The result can be seized and put to purposes quite different from anything that those involved in the process of realizing it intended or foresaw. 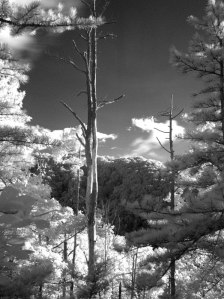 It was once fashionable to charge that clarity is not enough. Someone (Austin, I believe) rejoined that we could decide whether clarity was enough once we’d gotten clear about something.  I worry that both the charge and the rejoinder treat clarity too much as if it were a separable result.