As I suppose most philosophers do, I get fairly common requests from folks who are fascinated by philosophy asking for reading lists and advice. I thought I would share my latest response to such a request. 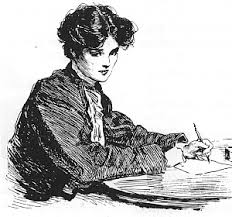 Reading serious philosophers is demanding, but it is ultimately worth it.  But you have to read with a notebook and a pencil, working to write out what you take passages to mean, providing illustrations (literally, pictures), asking yourself questions, making notes of connections with other texts–whether that philosopher’s or other philosophers’.  You cannot read passively.  You have to push back against the text as hard as you can.  It will whip you soundly, but if you are game, and keep coming back, the volleys will last longer and you will begin to understand more and more.

Suggestions:  Plato’s Socratic dialogues, particularly the Euthyphro, the Euthydemus, the Ion, the Charmides, the Apology.  Read Aristotle’s Nichomachean Ethics.  Read St. Thomas (Aquinas Ethicus is free online and a great place to start.)  Read Descartes’ Meditations.  Read Rousseau’s Social Contract and Emile.  Read Kant’s Prolegomena.  Read Kierkegaard’s The Present Age.  Read F H Bradley’s Ethical Studies.  Read Russell’s Problems of Philosophy.  Read Wittgenstein’s Blue Book.   These are all wonderfully written, central works, that are written for an educated reader, but not necessarily someone with much formal training in philosophy.  If you can find someone to read with, that is a huge help.  Best if it is someone you can talk to face-to-face, but online is better than nothing.

Expect to be baffled.  Expect to be confused.  As I tell my students, philosophy requires a high confusion threshold.  To read philosophy, you have to be willing to be confused, know you are confused, but nonetheless to read on.  Much of what is necessary in philosophy is the right intellectual habituation, and you can only get that by frequent active reading and frequent conversation.