Every word in a piece of Augustan verse has an air of being able to give the reason why it has been chosen, and placed just there.  The thoughts that the Augustan poet, like any other Augustan writer, sets himself to express are amply provided for by the ready-minted concepts of the common currency.  What he has to do is to put them together with elegance and point according to the rules of grammar, syntax and versification.  The exploratory-creative use of words upon experience, involving the creation of concepts in a free play for which the lines and configurations of the conventionally charted have no finality, is something [Johnson] has no use for; it is completely alien to his habit.  So that even when he is Johnson, whose perception so transcends his training, he cannot securely appreciate the Shakespearean creativeness. 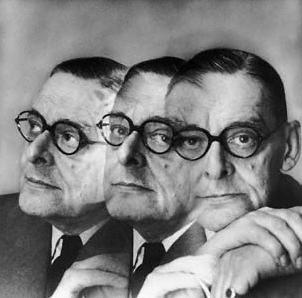 Nothing of important can really be said simply–simply and safely; and by ‘safely’ I mean so as to ensure that the whole intuited apprehension striving to find itself, to discover what it is in words, is duly served, and not thwarted.  It takes a context, often a subtly and potently creative one, to do that.

Pater may talk of burning always with a hard gemlike flame, but there is nothing answering in his prose; it notably lacks all sensuous vitality.  Indeed, to point to Pater’s prose–cloistral, mannered, urbane, consciously subtle and sophisticated and actually monotonous and irresponsive in tone, sentiment and movement (the eyelids always a little weary)–is a way of giving force to the judgment that for the Victorian aesthete art is something that gets between him and life.  Nevertheless, we can see why pre-Raphaelite and Aesthete should have looked to Keats as they did; we can ourselves see in Keats (if we can see more too) the great Aesthete–the one Aesthete of genius.  For all his unique vitality and creative power, we can see him as related to them by those significantly associated traits which Pater presents:  the devotion to exquisite passion and finest senses, the religious unction of this aestheticism, the cherished pang of transience.

I was re-reading today F. R. Leavis’ “Memories of Wittgenstein”, and came across the following story.  Leavis and Wittgenstein hired a boat and, after Wittgenstein had paddled for a while, he stopped and got out, saying that he and Leavis should get out and walk.  The walk takes them a fair distance and quite a bit of time.  Eventually, Leavis reminds Wittgenstein that they hired the boat, have a long trek back (both by foot and by boat) and that the man from whom they hired the boat must still be waiting for them to return.  They go back, arriving at the boathouse at about midnight.

The man came forward and held our canoe as we got out.  Wittgenstein, who insisted imperiously on paying, didn’t, I deduced from the man’s protest, give him any tip.  I, in my effort to get in first with the payment, had my hand on some money in my trousers pocket and pulling it out, I slipped a couple of coins to the man.  As we went away, Wittgenstein asked:  “How much did you give him?”  I told him, and Wittgenstein said:  “I hope that is not going to be a precedent.”  Not, this time, suppressing the impatience I felt [Leavis had been impatient with Wittgenstein for a good part of the evening], I returned:  “The man told you that he had been waiting for us for a couple of hours—for us alone, and there is every reason for believing that he spoke the truth.”  “I, ” said Wittgenstein, “always associate the man with the boathouse.”  “You may, ” I retorted, “but you know that he is separable and has a life apart from it.”  Wittgenstein said nothing.

Wittgenstein on this occasion provides an example of the sort of thing that Marcel is trying to prevent in himself in the remark I quoted a few days ago:  “I am not watching a show.”  What Marcel wants to prevent in himself is, put one way, a failure of moral imagination, a failure of negative capability.  Wittgenstein gives in to the impulse to see the world (to see the man at the boathouse) as (part of) a closed, rational system oriented on his own desires and habits and needs, as two-dimensional.  The man at the boathouse becomes, slightly alarmingly, somewhat like the owner of the house in PI 398c:

Think of a picture of a landscape, an imaginary landscape with a house in it.–Someone asks “Whose house is that?”–The answer, by the way, might be “It belongs to the farmer who is sitting on the bench in front of it”. But then he cannot for example enter his house.

Wittgenstein’s boatman cannot leave the boathouse; he cannot return to his own home, to his life that is separate and apart from the boathouse.  –We all give in to this impulse from time to time.  That is why Marcel calls the no-show-ness of the world in which he finds himself “a fundamental spiritual fact”.  Like all spiritual facts, ignorance of it counts not as being ill-informed, but as a refusal to know.

One reason this story struck me was because I was again re-pondering Marcel’s remark due to reflections Lowe provides on her blog.